The mobile exhibition of the author’s collections of five textile and clothing designers called Tradition in design – Contemporary clothing with tradition included is a project of the Center for Folk Art Production in Slovakia.

With the aim of stimulating the creation of young clothing designers inspired by traditional craftsmanship, which is part of European culture, Center for Folk Art Production implemented the first stage of the Tradition in Design project in 2021, in which designers Marcel Holubec W., Martin Hrča, Mišena Juhász, Ľubica Poncik and Henrieta Tholt participated . Each of them created clothes and clothing accessories with their original signature, which subscribed to traditional materials or motifs. They are a noticeable return to nature and sustainability, which are also a trend in current global fashion creation. In addition to traditional textile techniques and materials, designers were also appealed to by traditional architecture – the structure of shingles, Habanski majolica or the works of important figures of Slovak culture.

All the exhibiting authors are based on tradition in their work. Perhaps it is due to their studies, when at the Academy of Fine Arts in Bratislava they went through the courses of several teachers whose work was connected with the Center for Folk Art Production in the past. Perhaps through their upbringing and internal foundation, which was also formed in dialogue with our past, with our roots, ancestors. Each author has a recognizable and original handwriting that determines his work, but the exhibited clothes and clothing accessories are united by an innovative link to traditional craftsmanship, traditional technologies and motifs. The common tendency of the exhibitors is also a return to the honesty of craftsmanship and respect for centuries-old values. From their work, there is a noticeable return to nature, to natural materials and sustainability, which is a prominent trend in the world today.

The exhibition was prepared by: Slovak Center for Folk Art Production in cooperation with the Faculty of Multimedia Communications, Tomas Bata University in Zlin

As the only state institution, Center for Folk Art Production is dedicated to the preservation and development of traditional crafts and folk art production in Slovakia. Since its establishment in 1945, the face of Center for Folk Art Production has been shaped by artists – designers inspired by traditional crafts and folk art production, who, in cooperation with skilled craftsmen, shift traditional shapes and patterns into a form that appeals to contemporaries.

The authors of the fashion photos are Mariana Tomanová and Peter Simoník. 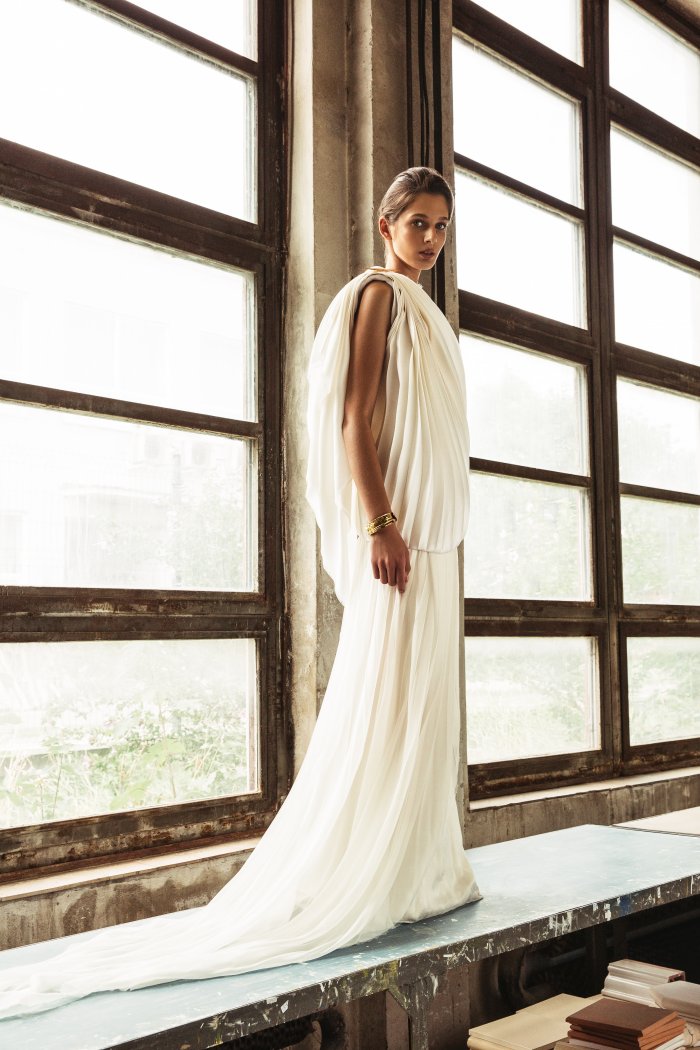