October was packed with a diverse program at our G18 gallery. What have we prepared for our visitors?

During the whole month, we hosted several guided tours led by the curators of the current exhibition Twenty Years of FMK: For Future, Helena Maňasová Hradská and Vít Jakubíček. The tours were available to the general public, but several groups of students from Zlín secondary schools also came to see the exhibition with interpretation. 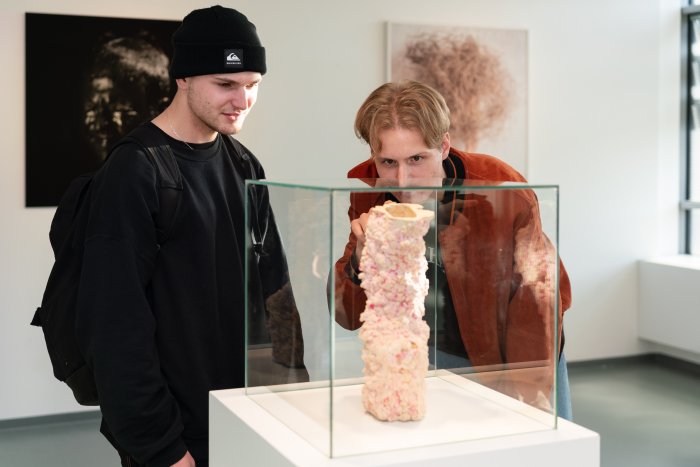 As part of the student non-profit project Fashion Event Dotek, the gallery served as a background for two creative workshops. The Kytkomils came to their senses in the production of traditional Japanese kokedam under the supervision of Jana Juzová, the owner of the Zlín flower studio Kytka do bytuk. The second workshop took place under the leadership of a student of the Design of Women’s Footwear studio, Grygoriev. Participants had the opportunity to use their creative skills in upcycling reclaimed sneakers. 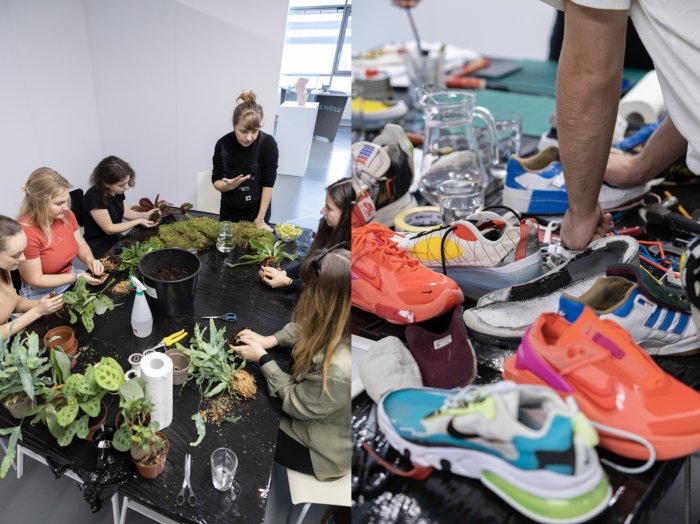 On one of the Thursday evenings, we welcomed the first guest in the gallery as part of the new Let’s Talk Arts! series, which was taken under the wing of the Arts Management studio. The first to accept the invitation was researcher and teacher Sandra Kumorowski, who not only lectured students about the role of art in society. For the next lecture in the Let’s Talk Arts series! you can look forward to November 24.

We ended the month with a scary Halloween evening in cooperation with the registered association Q Prostor Zlín. Visitors could carve out pumpkins, decorate spooky cupcakes, or paint their nails. They could also participate in the competition for the scariest costume or test their knowledge in the Queer quiz. 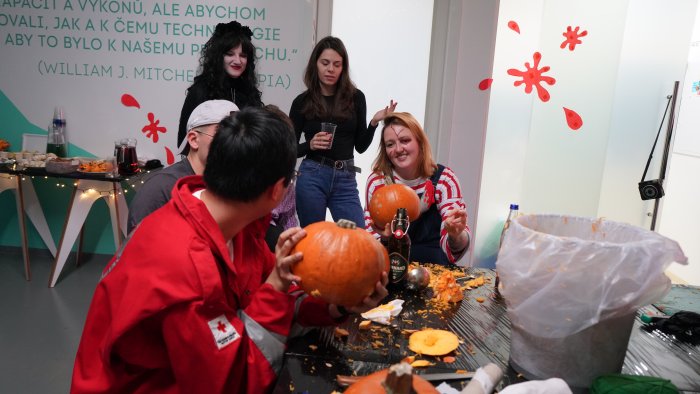 Petra Gupta: Craft as an invisible line through time and place